Helping you adapt to change through knowledge. 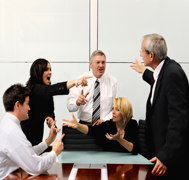 Recently, one of the biggest stories in Canadian retail has been the conflict between Frito-Lay Canada and Loblaw. With rising costs associated with supply chain disruptions and inflation, the two giants began arguing over how these costs should be managed. As a result, until recently, brands like Cheetos, Doritos, Lays, Ruffles, and Sunchips couldn’t be found on many of Loblaw’s shelves.

Fortunately, after two months, it seems like the conflict has been resolved—at least for the time being. This clash has drawn a lot of attention because Frito-Lay Canada is one of the country’s biggest food manufacturers and Loblaw is our largest food retailer. However, while this heavyweight battle has generated the most buzz, it is part of a larger trend of deepening tensions in Canada’s food industry between suppliers and retailers.

One side is arguing that retailers are just trying to keep prices low and brands are using inflation as an excuse to raise prices, while the other side argues retailers are forcing brands to absorb unfair costs.

What’s clear is that food prices are certainly going up. At the end of 2021, Canada’s Food Price Report estimated an overall increase in food prices of up to 7 per cent, but market disturbances associated with the war in Ukraine could push that number even higher.

Meanwhile, the profit margins for Loblaw at the end of the fiscal year in 2021 was 3.7 per cent, below the rate of inflation. This is the norm for Canadian food retailers, as profit margins for Empire/Sobeys and Metro were 2.7 per cent and 4.5 per cent, respectively. To put this in perspective, in a separate industry, the Bank of Nova Scotia’s profit margin was nearly 34 per cent.

How to Protect Consumers

So, what’s the solution?

There are currently ongoing discussions on developing a code of conduct, similar to what the United Kingdom has, setting out principles of fair dealing that applies to both retailers and suppliers, providing guidelines for supply agreements, payment timelines, and more. The code would need to be coupled with a third-party arbitration mechanism to handle consequences for breaching the code. This would help make the industry more stable, predictable, and transparent.

There is presently debate as to how these goals will be regulated and achieved and how the code will actually have the necessary teeth to accomplish its stated intentions.

At the end of the day, what’s most important is that consumers are protected and can access their favourite brands at a fair market price. Unless these conflicts are soon resolved, everyone—retailers, brands, and consumers—all stand to lose.

Storesupport is a Canadian-owned and operated organization that has been in business for over a decade with over 500 employees nationwide. With us in your corner, you can explore new markets at scale with low risk or supplement existing markets and grow your brand presence. Whatever your goals, we’re ready to help.

Please fill out the form below to book a consultation